ANDREAS VON EINSIEDEL bought the family archive from Hector Paterson in 1979, but it would not be the last time the collection was threatened with destruction. After being stored in Aviemore for nearly 20 years, the collection was in a bad way. Mice were living amongst the boxes and all the negatives that were stored on the bottom rows had deteriorated. Around 1999-2000 the Paterson Collection was again offered to local organisations in an effort to preserve it. 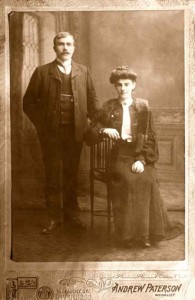 One Inverness business agreed to take them on. They were handed the collection with permission to use the images on the condition that as custodians they guaranteed the negatives would be stored and preserved as a single unit.

However, the negatives were later picked through during October and November 2001, and ‘interesting’ images (street scenes, places, events, and military photographs) were removed. 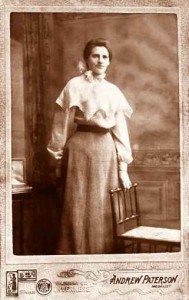 This unauthorised dispersal of the collection meant that the remaining rump of the archive, approximately 100,000 glass and film negatives featuring the portraiture lifework of Andrew and Hector Paterson, was destined for a builder’s skip simply because it had “no commercial value.”

These several hundred boxes of images were saved at the eleventh hour by Adrian Harvey and Fergus Weir, who had heard of the impending destruction. Believing the collection to be of important local heritage and historical value, they offered to take them with the initial intention of just storing them safely elsewhere. Their offer was readily accepted and the negatives were then uplifted and kept in a secure, temperature-controlled environment under the new trusteeship. 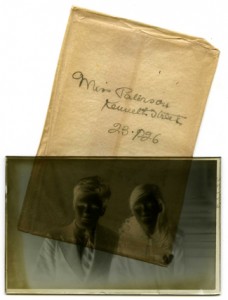 In 2008 Harvey and Weir set up the Scottish Highlander Photo Archive with the intention of uploading all the portrait images online for use by genealogists and family history researchers. This is a long term project that has seen over 8,000 images cleaned, scanned and uploaded to date. 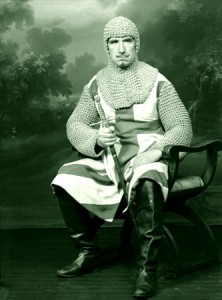 In 2012 biographical research on Andrew Paterson and the history of his studio began, spurred on by a newspaper report that was trying to identify a portrait of an airman from the 1940s. The article said “…there are no clues as to the identity of the man other than ‘Andrew Paterson, Inverness’ hand-written on the photograph mount, although this might be the name of the photographer.” This comment and the lack of any real Internet presence on Andrew Paterson prompted the research, culminating in local magazine articles to celebrate the 100th anniversary of the premiere of his film Mairi in 2013, which went unrecorded by mainstream media.

The legacy of Andrew Paterson is now saved for all time, with negatives, prints and other related ephemera slowly being discovered and returned to the collection. His portrait photography was internationally renowned and some said his pictures were as good as oil paintings. Some said they were even better. There was a day in the 1920s, when Andrew’s son Hector answered a knock at the studio door to be confronted with a tall lean man with a long grey bushy beard. He asked if Mr Paterson was in “because I want to be photographed.” It was George Bernard Shaw.

Paterson was an innovative and highly respected photographer in his day, but despite being almost forgotten to the photographic history of Scotland, his work is now easily sourced and viewable worldwide.

The Scottish Highlander Photo Archive offers a unique and free resource for genealogists seeking to trace their Highland origins and looking for a possible vintage photograph of their ancestors. With thousands of portrait photographs of people spanning the early decades of the 20th Century, and with the ability to cross reference data with other users, the database enables Scottish expatriates and descendants the world over, who are interested in their family history, to search the archive for family matches and/or likeness. Searches can be made using any of the following criteria: Full name, surname only, town name, street name, house name, subject or content using words like baby, wedding, bridal, uniform or kilt. 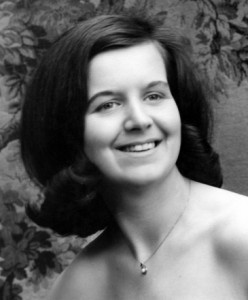 The supposed destruction of the original log book causes many difficulties in identifying who or what some of the images are. But in most cases, all negatives are held in paper envelopes with a reference or code number written on the outside (and most also have at least the surname of the sitting individual, dates and/or address details).

However, there are hundreds of photographs in the archive that have no reference at all, and people are encouraged to contact the archive with any possible identification information, whether by commenting directly on the image website page or e-mail.